Dan is a Seattle Airbnb Host who co-owns a construction company. Dan and his wife manage three listings in the U-District and have been using neu for nearly a year. We recently sat down with him to get some insight into why he uses neu.

Here’s what he had to say:

Dan, how did you discover neu?

Google search, actually -- I found a reference to neu in the Airbnb Community page. I was looking for another cleaning service since the initial cleaners I had with my Airbnb were great but sadly, shut down their business. So then, it was a mad scramble to look for a replacement, with some undesirable results, then found picked up neu to try and get back on track.

Prior to using neu, did you try anything else? If so, what was your experience like?

My initial cleaning service was just a girl who set up a business and mostly worked with people from her church. She was awesome because she was tenacious, supervised her workers, and made sure that they were actually cleaning. I remember her saying once, “Just because you wiped a wet rag across doesn’t mean it’s clean.” But after her business shut down, I went with someone local who ended up subcontracting the job to one of her friends, and honestly, it was mediocre at best. It really cost us some ratings and we’re still recovering from the dip we took on cleanliness during that period when we were looking for something good. We realized that it wasn’t working out and that we needed a change.

Since joining, what are the things that you’ve appreciated most?

With neu, the thing that I like so far is communication. So, getting that email two days beforehand and the text the day before is helpful. It’s also nice to be able to reach the operations team directly to make sure things get handled if we have problems. The before-and-after photos will also be helpful in being able to tell whether the space was clean because the guests took care of the place and followed the rules or what the cleaners had to fix. Also, the linen service and other added amenities are a nice touch!

How would you describe neu to someone who has never heard of us before?

Neu is a cleaning service with tech behind it.

What would you say to someone wanting to use neu?

I would say that the leadership is solid and that the professionalism you get out of it is fantastic. 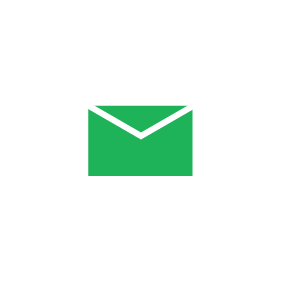 Thank you! Your submission has been received!
Oops! Something went wrong while submitting the form.
no Spam
Unsubscribe anytime